Starting with the participation and sales booth of the Anmyeondo International Flower Expo in 2009, Windflower's succulent botanical garden opened a sales floor in Songgang-dong, Daejeon and operated for over 10 years, and in 2018, it purchased 670 pyeong of land in Sejong-si(City) and built 400 houses in 2019, inviting succulent manias(enthusiasts) in October of that year. In addition, it also owns about 700 pyeong of farm.

Kim Jong-ran, president of the Windflower's succulent botanical garden, is an expert in variegated succulent and gives advice to Succulent Botanical Gardens in the province.

Succulents have advantages that as succulents are strong in drying, so they are easy to care and they do not take up much space in the room since they have a small plant size. In addition, as they have various shapes and colors of the leaves, they are very popular. Many layers of lovers are formed in Korea and abroad, and the species that are difficult to breed are being traded at high prices due to scarcity. Despite the downturn in the domestic flower industry, they have been exported to China, Japan, and Taiwan, being in the spotlight as an plant greatly contributing to the export among flower plants. For mass production of these types of plants, we are making our efforts on the development of tissue culture seedling production technology.

Windflower’s Succulent Botanical Garden was born in the Flower Land Coast Park in Anmyeondo, the venue of the '2009 Anmyeondo International Flower Expo'. At the request of the Organizing Committee to display the succulent plant of president, Kim Jong-ran, who was known as the windflower of the succulent mania nickname at the Anmyeondo International Flower Expo, we participated in the Expo and opened a sales floor for 27 days, giving the whole nation a chance to know the succulents. 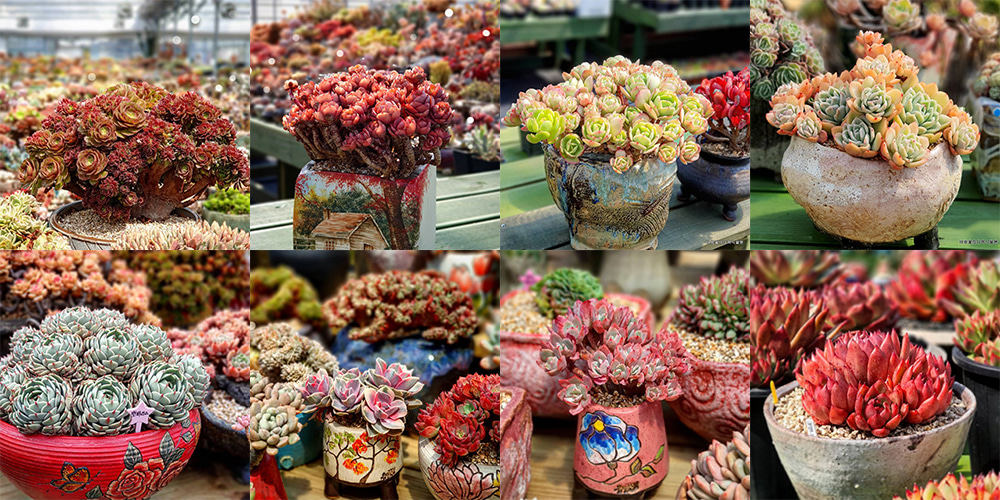